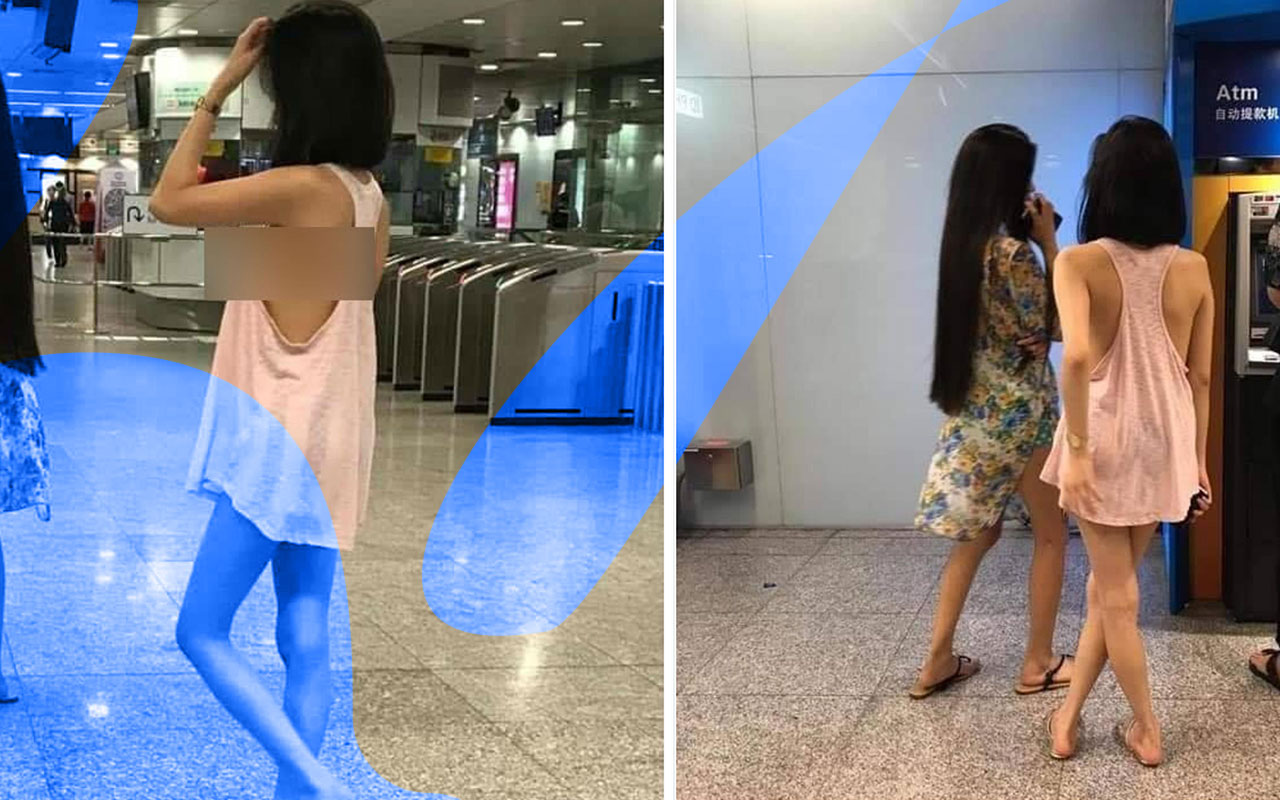 Due to worsening Global Warming, countries around the world are experiencing never-before-seen phenomena like rising sea levels, extreme weather, and even a loss of biodiversity.

However, few countries are as badly hit as the tiny island nation of Singapore.

Located on the equator, the prosperous city-state is heating up twice as quickly as the rest of the planet—and with disastrous consequences.

This week, Singapore’s local media published a shocking image which showed what might be one of Global Warming’s first human victims: a nearly-naked woman trying to withdraw cash from an ATM.

The lady in question, Ms Ashley Garcia, was photographed by citizen journalists in a state of both distress and undress. She appeared so badly afflicted by the Singapore’s daytime temperature that she had stripped off most of her clothing, including her brassiere and trousers.

Only a thin piece of fabric covered the rest of her lifeless body as she shambled about aimlessly, disoriented by the heat and seemingly oblivious that a good portion of her left breast was exposed to the world.

Although Ms Garcia is now recovering, the horrifying image of her side-boob has provoked serious soul-searching amongst Singaporeans.

Some have accused Ms Garcia of deliberate immodesty, but more have expressed sympathy for her tragic predicament.

“At first I was like, oh my god nehnehpok! But I soon realised that these are real victims of Global Warming and they deserve empathy, not judgment,” said Mr. Joshua Low, a local student.

However, activists on Instagram have pointed out that Ms Garcia is hardly the first victim of Global Warming—or even the tenth. These activists, who call themselves influencers, allege that there is an invisible epidemic of Global Warming in Singapore, and young women are particularly susceptible.

“I have been suffering from Global Warming for years,” said Jade Rasif, 22, “But why is the mainstream media only paying attention now?”

Ms. Rasif also claims that Singapore’s conservative society stigmatises victims of Global Warming like herself. She is often called a ‘slut’ for wearing tank tops and blamed for ‘exposing’ her cleavage, often by people who are unaware that Global Warming is a genuine condition.

She even lost her job due to Global Warming. Now, she sells products on social media to make ends meet.

Despite these terrible circumstances, she remains hopeful about the future. Singapore, she believes, will rally to accept and aid victims of Global Warming.

“The younger generation keeps abreast of such social issues. They know it’s an problem which will affect us all.”